Capacitors are generally in the range of pF to mF. Bigger capacitors exists but are used for specific applications (1 farad or more). A simple example : the capacitor used in cars for subwoofer amplifier. The capacitor is connected close to the amplifier to supply power during high current spike. This is done so the voltage of the car battery doesn’t drop too much. While not necessary, this helps avoid the lights of your car from dimming during current spike.

The capacitor has two symbols: 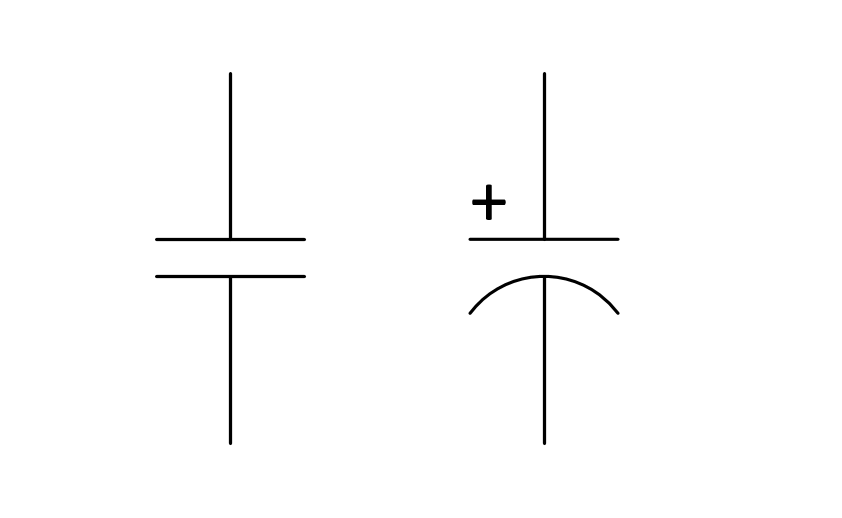 The total capacitance of capacitors placed in series is calculated like parallel resistors :

This means that we could replace all 3 capacitors with one capacitor of capacitance Ctot and it would be an equivalent circuit.

The generic formula for capacitors in series would be : 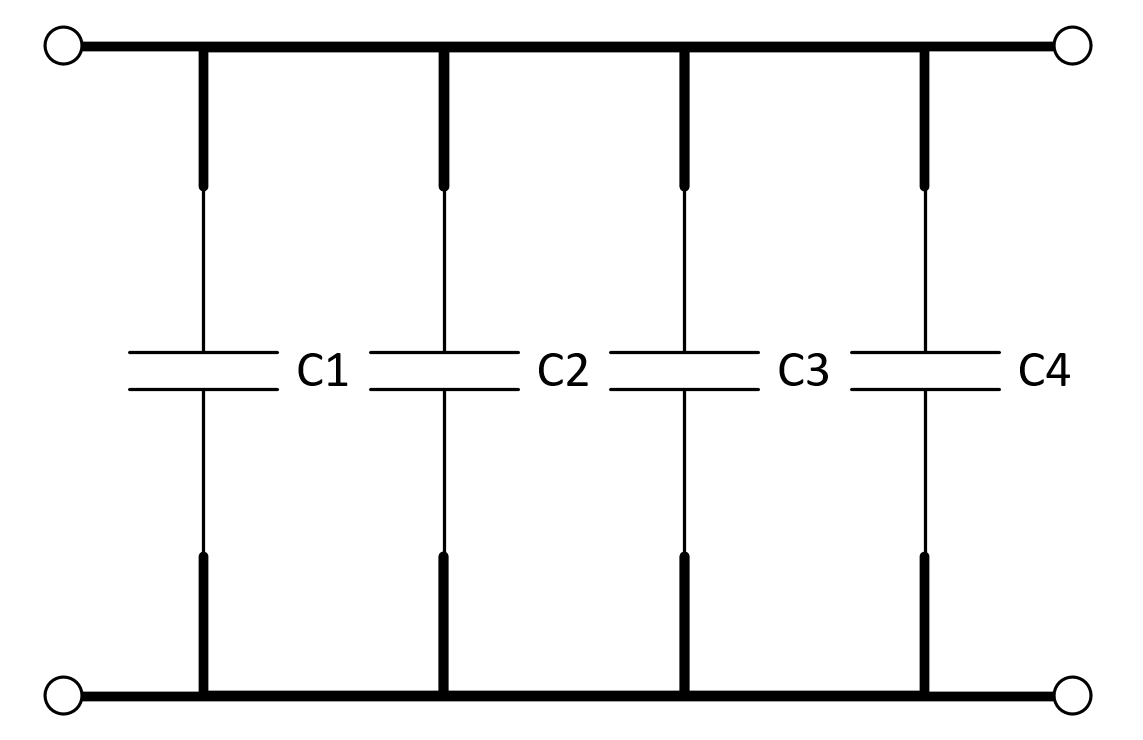 In the image above, the total capacitance would be :

This means that we could replace all four capacitors with one capacitor of capacitance Ctot and it would be an equivalent circuit.

The generic formula for capacitors in parallel would be :

This website uses cookies to improve your experience while you navigate through the website. Out of these, the cookies that are categorized as necessary are stored on your browser as they are essential for the working of basic functionalities of the website. We also use third-party cookies that help us analyze and understand how you use this website. These cookies will be stored in your browser only with your consent. You also have the option to opt-out of these cookies. But opting out of some of these cookies may affect your browsing experience.
Necessary Always Enabled

Performance cookies are used to understand and analyze the key performance indexes of the website which helps in delivering a better user experience for the visitors.

Analytical cookies are used to understand how visitors interact with the website. These cookies help provide information on metrics the number of visitors, bounce rate, traffic source, etc.

Advertisement cookies are used to provide visitors with relevant ads and marketing campaigns. These cookies track visitors across websites and collect information to provide customized ads.

Other uncategorized cookies are those that are being analyzed and have not been classified into a category as yet.