The inductor has two symbols:

The total inductance of inductors placed in series is calculated like series resistors. We just need to add the values of each inductors to get the equivalent inductor :

This means that we could replace all 3 inductors with one inductor of inductance Ltot and it would be an equivalent circuit.

The generic formula for inductors in series would be :

The total inductance of inductors placed in parallel is calculated the same way as resistors in parallel. 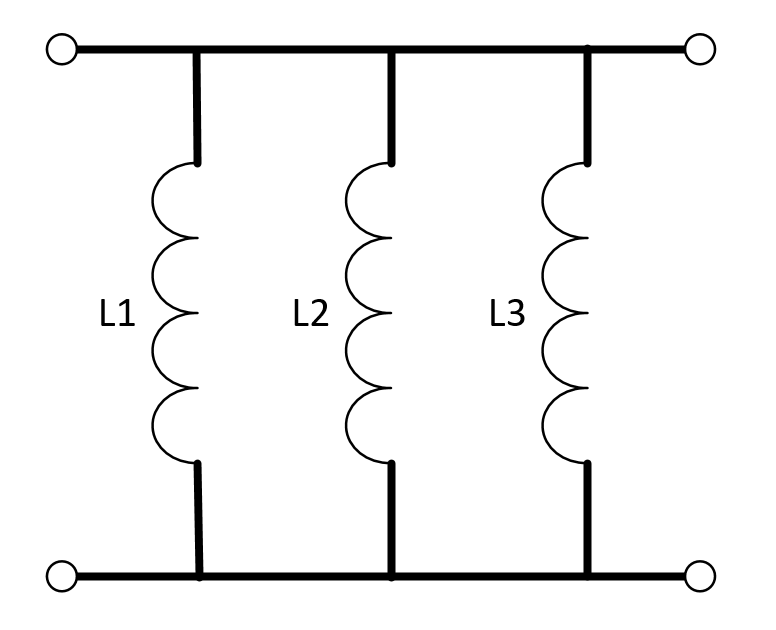 In the image above, the total inductance would be :

This means that we could replace all three inductors with one inductor of inductance Ltot and it would be an equivalent circuit.

The generic formula for inductors in parallel would be :