A resistor is an electronic component that limits the current flow. Resistor have a specific electrical resistance value measured in ohms. The higher the resistance, the more they limit the current flow. On a side note, variable resistors exists and are called potentiometers. Potentiometers are different than a resistor. Resistors are passive components which means they can only consume power. A resistor is a two terminal component and it has two schematic symbols : 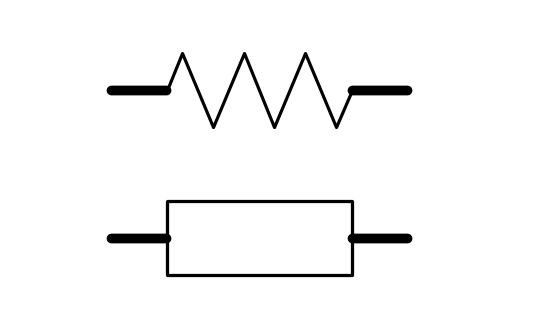 Resistors have multiples uses in electronics. They are most often found around integrated circuit like op-amps, controllers, voltage regulators,  and many other kind of integrated circuit. They are used to configure ICs, adjust gain in op-amp, etc. They are also used in voltage divider.

The behavior of a resistor is describe by Ohm’s law :

Ohm’s Law is the mathematical relationship between the current, resistance and voltage in a circuit. Ohm’s law states that the voltage across a resistor is proportional to the current flowing through it. You can find below all three possible equations with Ohm’s Law:

Example : We want to calculate the current flowing into the resistor. 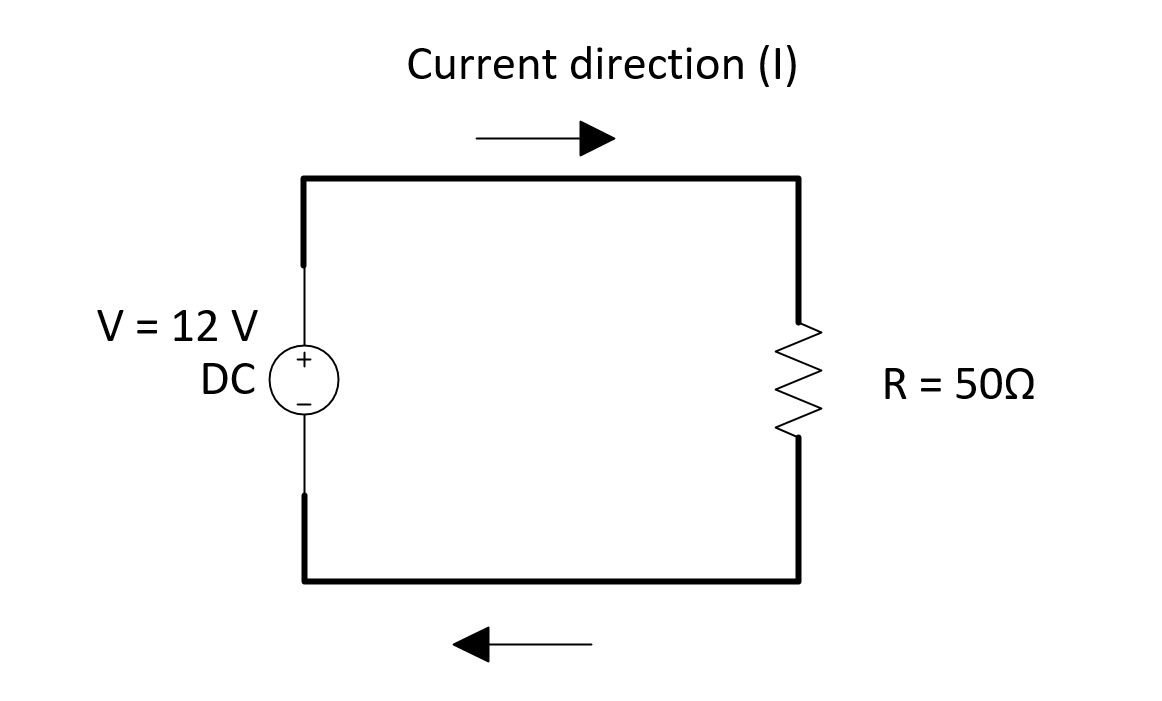 We need to use the second equation since we want to calculate the current and we have the value of the voltage across the resistor and the resistance of the resistor.

Resistor consume power (watts) and the power consume by a resistor can be calculated with Joule’s law. Joule’s Law states that the power of a resistive component is proportional to the product of its resistance and the square of the current flowing through the resistive component. The units for the power is Watts.

We can combine Joule’s Law with Ohm’s Law to get different equations to calculate electric power.

We want to calculate the power dissipate in the resistor of this circuit. 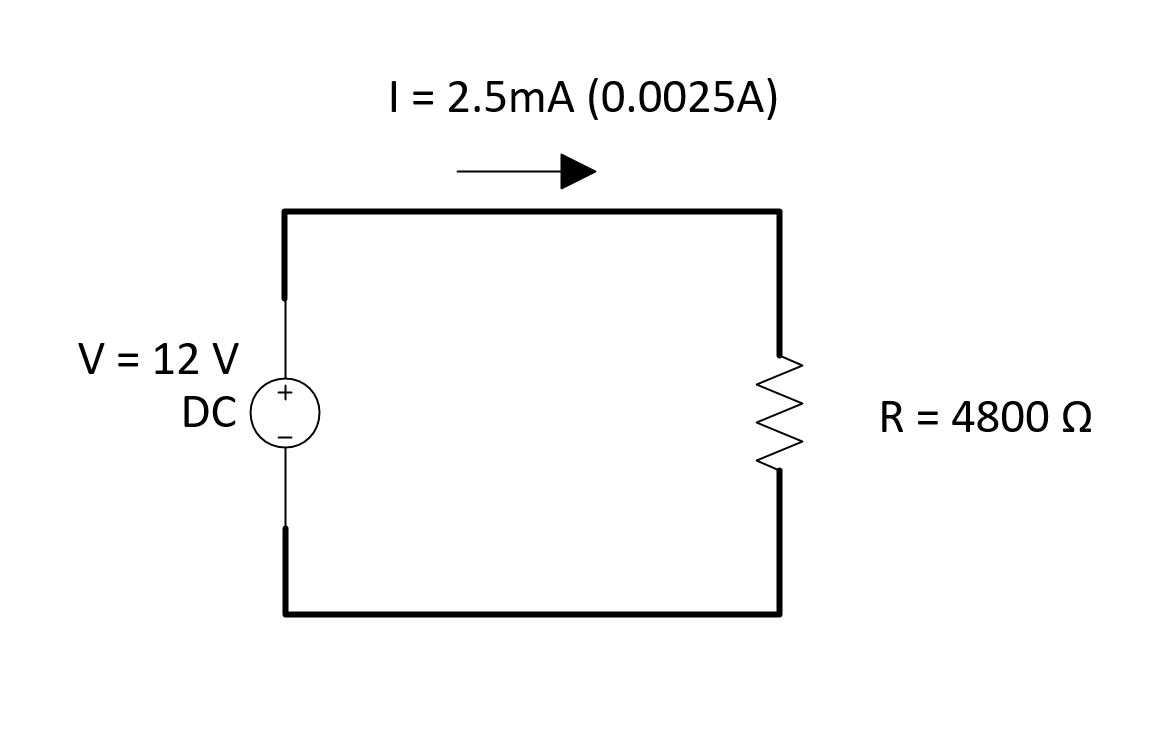 We could use all three equations since we have the voltage across the resistor, the current flowing through it and the resistance of the resistor. For this example, we will use